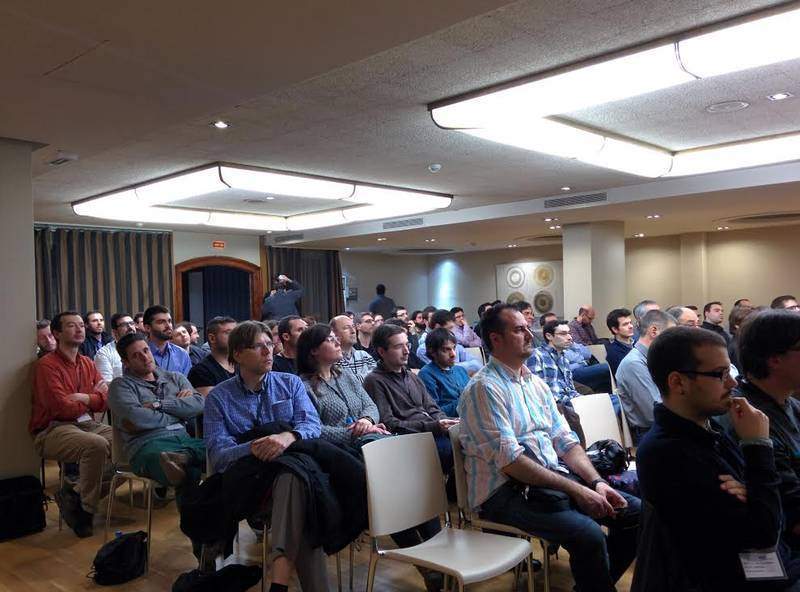 The traditional Solid Engineering Christmas Meeting took place, as usual, a few days before the Christmas holidays. The first great development was the company’s change in location, due to the important growth of their workforce, a factor that already promises good news.

Cristina Pellicer, Head of the Human Resources Department, was in charge of providing the figures with regards to workforce growth. The data cannot be more positive: from the 59 workers that the company was employing in 2012, which grew to 72 during 2013, 2014 closed with a tally of 123 people. The team has more than doubled in the two last years.

For his part, Manel Juncosa, Technical Director of SOLID, reviewed his department’s achievements. From important projects to large workload volumes that were in alignment with the trend for growth present throughout the meeting.

But it was Óscar Serret, the company’s CEO, who, during his speech, exposed the most optimistic facet of the meeting – the focus on entrepreneurial matters. Charts about the company’s evolution, distribution of work and turnover allowed the attendants to visualize SOLID’s business achievements in 2014.

Among the main landmarks highlighted by Serret was the recent opening of a branch in Sozhou (China), as well as the coming establishment of a new company in Malaysia. However, the most relevant data was the year’s turnover, which amounted to 7 million euros, a figure that represents an increase of 54% compared to 2013’s turnover (4.56 million euros).

At the end of the speeches, in a very joyful atmosphere given the optimistic figures achieved in 2014, the Christmas meeting continued with its traditional catering, as well as different activities organised by the Human Resources Department.