4 women in the Between Java Challenge ‘s final 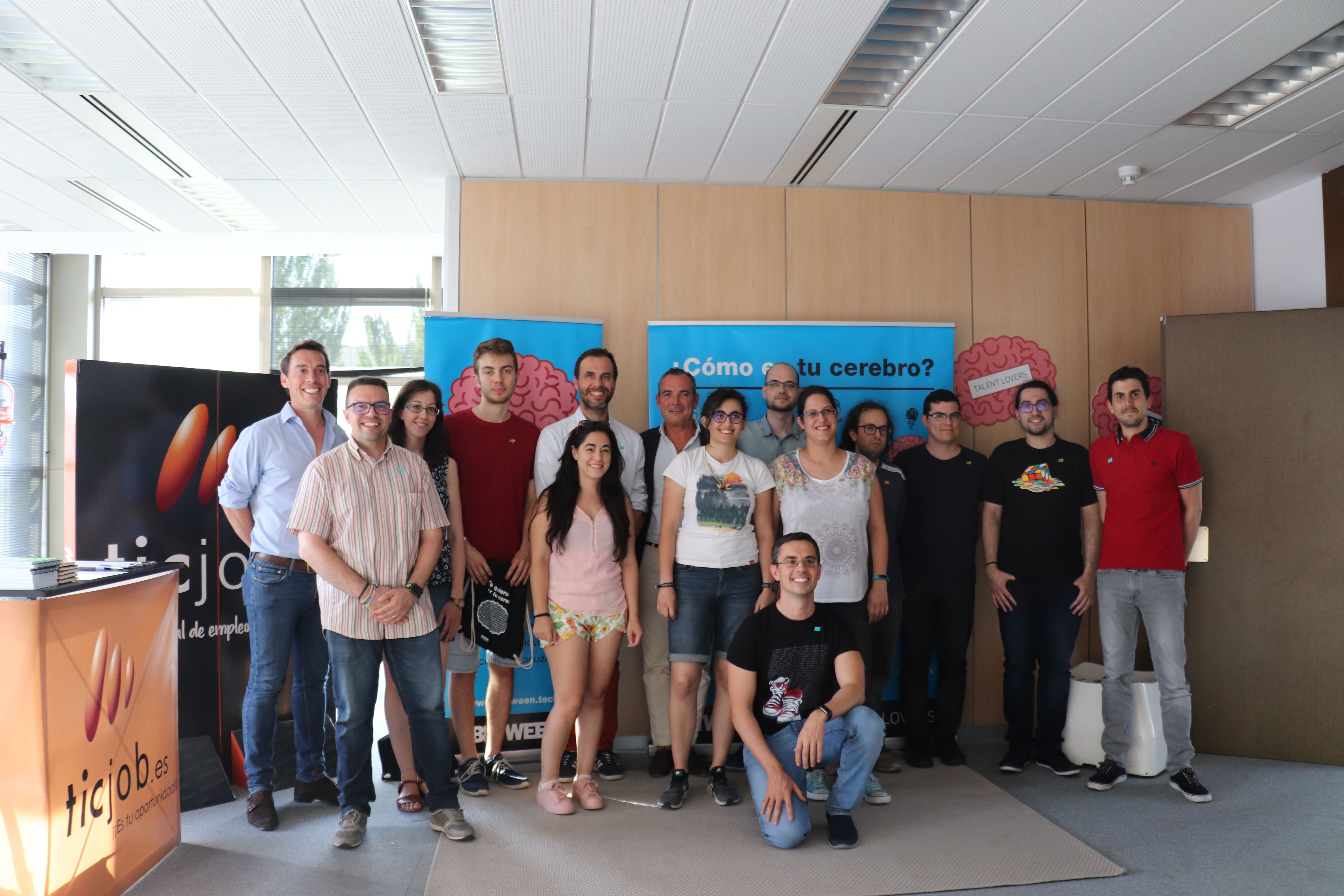 Last Wednesday June 26, the grand finale of the first  Between Java Challenge was held in Madrid.A challenge that is unprecedented in Spain and in which 500  Java programming lovers participated to gain the title of  “BETWEEN Java Champion of Spain”.The challenge took place on an EDITx platform,  a company greatly experienced in this type of challenge throughout Europe for companies such as Google or Microsoft.

For the first time in nearly 30 challenges that EDITx has hosted, Between Java Challenge stands out for having 4 women in the grand final and, despite representing only 10% of the total participants, women made up 40% in the final, with females taking the second and fifth place.

The BETWEEN partner in this challenge was Ticjob, and their CEO Stéphane Levesque described the event : “The Java Challenge Spain has been a great success as we have had huge participation and a very high level given the level of the tests, developed by an international jury formed by a score of Java eminences coming from both the academic and business sectors. “.

Additionally, Pau Guarro,CEO of BETWEEN Technology commented after the challenge: “The commitment to female technological talent is a must for all companies, at BETWEEN we know and that is why we promote all actions that entail the visibility of women in a sector that will continuously benefit from their presence and contribution, such as programming and engineering “.

The finalists of the first Between Java Challenge

The Challenge podium was composed of Néstor Pérez in first place, followed by Esther Álvarez and in third place, Jesús Suárez.

“I’m very happy, I’m almost here by accident as I did it on the last day, and I was pleasantly surprised by how far I’ve come, I think that these types of initiatives encourage more people to work in programming”  said Néstor after receiving the first prize.

Esther Álvarez, who came second, also shared her personal assessment:  “The truth is that I did not expect to go that far, I’m from Coruña and although I have been programming for a while, I did the Challenge to try. I think that winning second prize encourages me to continue improving as a programmer, and I encourage girls who are thinking about it, to not hesitate and launch themselves into the world of programming without any fear”.