Attitude is everything at BETWEEN 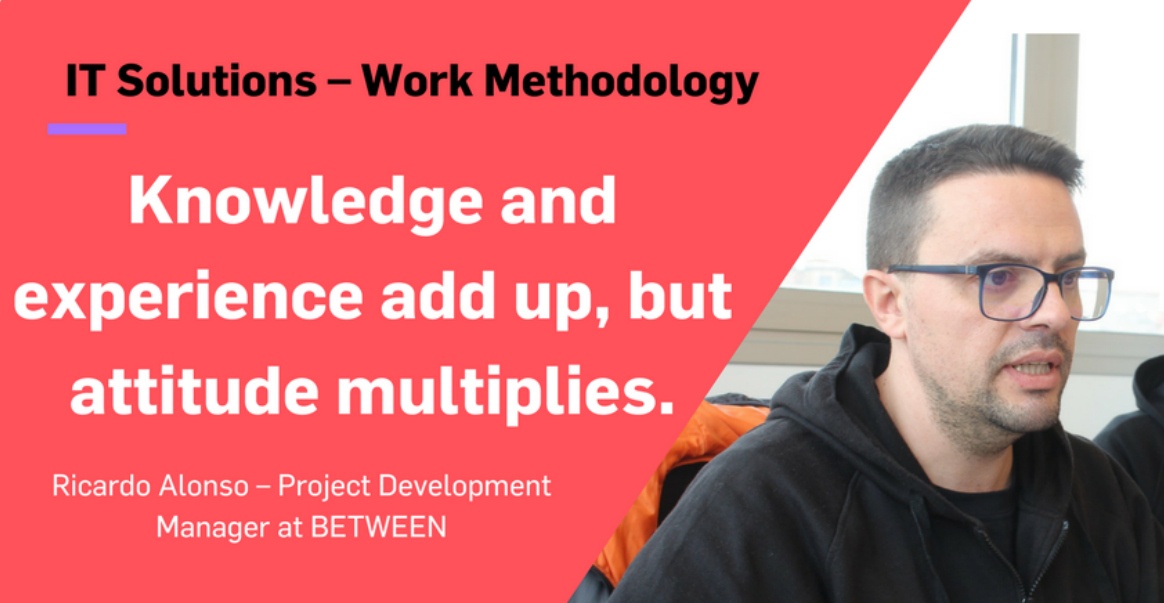 Ricardo is one of the people who knows BETWEEN best. He has been nothing but 15 years in the company. He is currently the Project Development Manager within the IT Solutions department, and he is in charge of a team of 14 computer engineers among which we find the following profiles: junior, senior, interns, project managers, etc., who handle multiple technologies, even though most of them master .NET

The expansion of Ricardo’s team has been exponential, since the number of projects has increased along with the clients’ needs. Consequently, the team has grown in order to face new technical challenges.  In fact, the team keeps on growing every day. Ricardo, who has experienced first-hand the growth of the IT Solutions department, assures that “the most important thing for being part of this family is attitude. Knowledge and skills count, but attitude is everything”. Ricardo also explains to us how fortunate he is to have a squad with “such humanity”, since “it is a team that welcomes new members with open arms, providing them with support from the moment they land at BETWEEN so that they feel comfortable from the first day. We all help the new member fit in and spend the first week training him/her so that he/she gets used to the methodologies we employ.”, says Alonso.

But, what do some of the actual team members say?

Eduard Esteban, Fullstack Developer, has been working at BETWEEN for two and a half years now, and he says that he has worked at other organisations where “relationships among co-workers are colder” and that the humane treatment is something that characterises this company. He also explains to us that despite working in different projects, all team members know that if they have any question, they count on the teammate next to them to solve it together.

As for Alex Barro, after a year and a half as a betweener, what attracted him the most was the comradeship that exists here, “people get along very well”, he highlights.

In fact, team cohesion is also promoted out of the office by hanging out together at the end of the workday carrying out several activities such as going to the cinema, going all out for lunch once a month, etc. It’s all about getting together outside the working environment and developing the personal facet among workmates.

How do IT Solutions’ betweeners organise themselves?

When a new project is assigned, either if it’s internal or an external client’s one, what we do is to gather the team together, explain them what the project is about, and let them know both the needed project skills and the client’s requirements to see if they have any doubts about it or if they come up with an idea of how to do it or how not to do it. The client makes a specific request, but it’s the team who has the power to decide how everything is going to be carried out to achieve what we have been asked for. “At BETWEEN there’s a very positive thing, and it is that we are given the freedom to use any of the technologies we want in order to reach the final goal, which is meeting all the client’s requests. It is the same freedom we are given for developing the project in the way we think best, depending on our experience and the market’s needs”, it is, too, the same freedom that applies internally. In other words, “Everybody has a say. When projects or day-to-day problems are addressed, they can all have their say and do their bit for finding a solution”. And it goes deeper than that. Ricardo also explains to us that, as a manager, getting feedback is very important to him. That’s why he asks his team to “fill in an anonymous questionnaire to find out how they see me and what my weak and strong points are. This helps me to keep on improving as a manager, with real and first-hand feedback”. 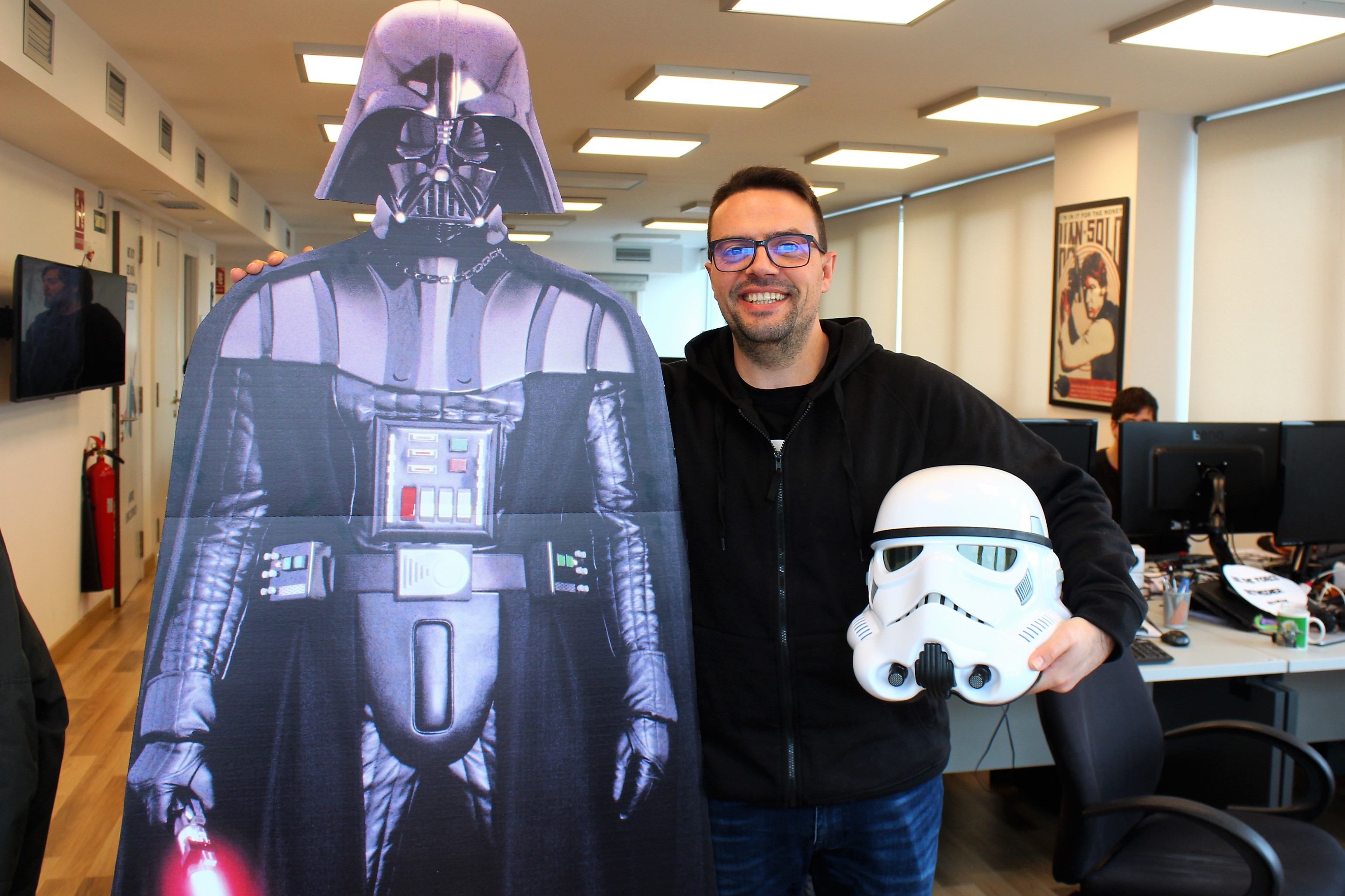 “We feel more comfortable using a methodology that encourages teamwork”

At BETWEEN we use the Agile methodology and the Scrum process framework. This methodology fosters a kind of project management where you constantly need to review and adapt the code. It works for us because it eases teamwork and personal organisation, and at the same time, it favours development time performance. We feel more comfortable using a methodology that encourages cooperation and teamwork.

At a practical level, we hold a fifteen-minute meeting every day to share how every person in the team is doing, and to give everybody the opportunity to let the others know if he/she has any doubts or is getting stuck at some point. Another of the important things we do are the deliveries of value. Approximately every two weeks we deliver a part of the project to the client, which makes him/her get involved in it from the beginning. The client runs a test and gives us feedback on what we have delivered. The good thing about it is that while the client is running the test, we keep on developing, but as soon as we get feedback, we move towards one direction or another one. We don’t deliver a whole package by the end of the process since, for us, it is more optimal to make partial deliveries and we prefer being able to readjust the project in time.

In addition, after delivering the project, we always do a retrospective analysis to identify improvement aspects as well as to spot other aspects we can maintain… We like this methodology because it is not focused on results in the long term, but in the short one, and we know very well what we need to do two weeks ahead.