BETWEEN participates in the Annual UPC Alumni Day 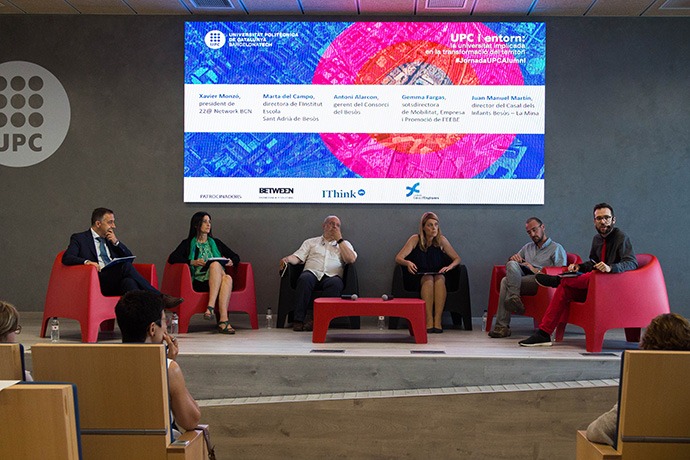 BETWEEN participated in the 6th Annual UPC Alumni day, an event whose objective was to facilitate and drive networking among the ex-alumni of the Universitat Politècnica de Catalunya (UPC) and the people connected to this institution.

The event that was held this year at the Escola d’Enginyeria de Barcelona Est (EEBE), located in Sant Adrià del Besòs (Barcelona), was called “UPC and its surroundings: the University’s involvement in the transformation of the territory”.

The involvement of the institution in Sant Adrià del Besòs was precisely one of the central foci of the event.  It place especial emphasis on the opportunities that the presence of an institution like UPC in said population can (and should) make in a place where there is a high number of residents at risk of social exclusion.

The UPC proposed the objective not only of bringing the university surroundings to the students, but also  that the equipment and infrastructure of the educational center have a significant impact on Sant Adrià del Besòs as well as the neighbouring zone of  Badalona.

BETWEEN Technology been firmly committed to the Universitat Politècnica de Catalunya for many years now and the events that it organises, particularly since its ALUMNI club was created, as presided by Pau Guarro, the company’s Business Director.

Many Betweeners were students of the University, including even some who later became professors there, which is the reason that they are usually active participants in this type of events.

In 2016, the Universitat Politècnica de Catalunya was cited among the 50 best universities for studying Engineering and Computer Science.