BETWEEN, present at the main fall 2017 fairs 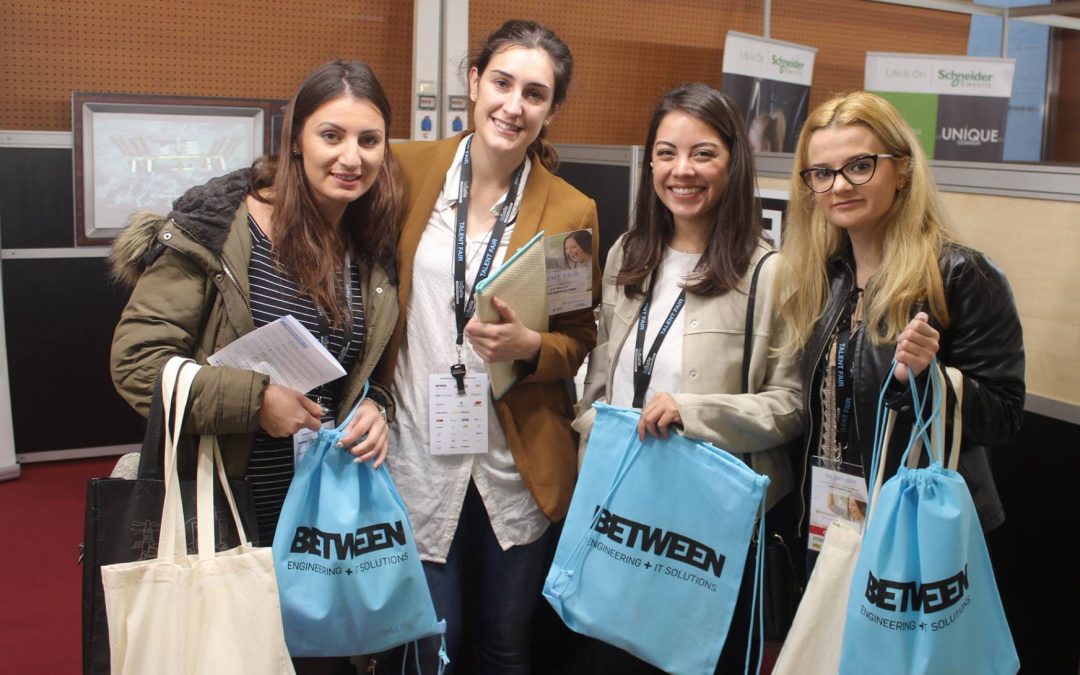 BETWEEN, present one more year at the FEED career fair in Madrid

BETWEEN Technology, technological employment consultancy firm, has participated again in the Feria de Empleo en la Era Digital (Digital Era Employee Fair), a talent fair that this year was celebrating its 4th edition and that gathered more than 7.000 candidates of different profiles who were looking to make an about-face and shift 180 degrees their professional career. This job fair, held at the Pabellón de Cristal del Recinto Ferial Casa de Campo, has become the meeting point of companies and talent. For two days, November 7th and 8th, visitors have had the chance to explore the different spaces and approach BETWEEN’s stand where Ana Muñoz, Sofía Moreda, Raquel de la Fuente and Laura Nieto have assisted many attendees who were willing to know more about the company. Among all profiles, the ones that stood out were those of junior programmers and Oil&Gas engineers. The balance has been positive and, according to Ana Muñoz, Madrid’s office Recruitment Manager, “participants are becoming more familiar with the company’s culture, our goals and our values”.

In the last week of November, a new edition of the Networking Talent Day was held at the UPC campus in Terrassa, and BETWEEN Technology took part in this fair for the fourth consecutive year in order to get to know the talent generated by the Universidad Politécnica de Cataluña. Our participation in this event, aimed at graduates and students in the final years of their degree, master programme and PhD studies, has been orchestrated by Cristián Barragán and Cristina Pérez, who, during the whole day, interacted with the attendees through free networking small or personalised groups.

During the same dates, BETWEEN gained throughout a day the best technological talent at the La Salle Talent Fair by conducting 30-minute interviews with the candidates that signed up for meeting us in person.

BETWEEN was present at the PPMA Show at Birmingham, UK’s unmissable processing and packaging machinery trade show. It is the first time that BETWEEN participates in such an event in the United Kingdom and Dani Cross, Managing Director of TALENS ENGINEERING LTD, our filial in the UK, confirms that “the fact of exhibiting in such a show, helps us gain visibility of the brand in England”. Likewise, Cross claims that networking among companies was intense and he hopes that in time, these contacts will pay off and they will serve to expand the business