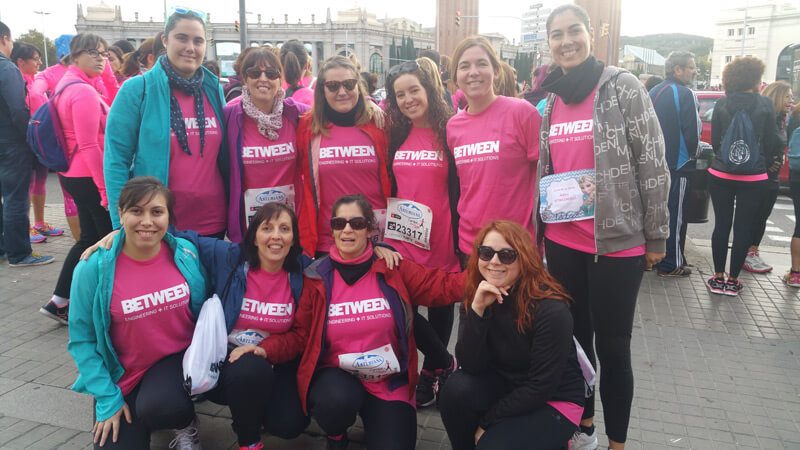 Last Sunday a group of Betweeners from the Barcelona office took part in the Marea Rosa,or Pink Tide run, a mass event which is held in different cities to support the fight against breast cancer.

During the event, in which 29,000 people took part -most of them women- our fellow co-workers sported the Between logo together with the slogan “Women win today”.

The 2016 Women´s Run, which could be followed on social media using the hashtags #CarreraMujer and #MareaRosa, had a record-breaking participation, with almost 2,000 more people taking part than in last year’s race. This meant that a lot of the runners did not have a number, as they had run out weeks before.

The race, as usual, started at the Fonts de Montjuïc (Plaza España) and, after a run of almost 8 kilometres, finished at the AvingudaRius y Taulet. The Betweeners took photos all along the course to mark what was a very special day.