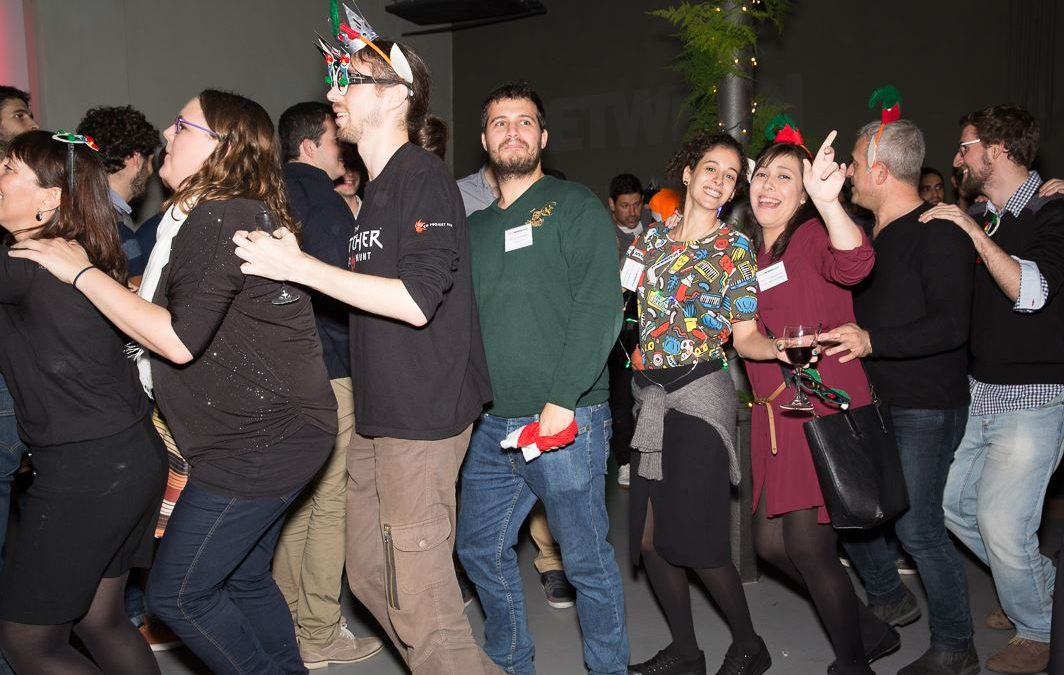 The Christmas Between Night was held on 16 December in Barcelona with the highest attendance of Betweeners so far (a total of 195) and a totally new setting: l’Illa de l’Eixample. The evening, though conducted according to the usual format, was full of surprises.

The Between Nights are held twice a year – June and December – and their purpose is to sum up the company’s achievements during the past half year, and discuss the short- and medium term goals as well as improvements and changes in the company. This first part, full of facts and figures, was conducted by Òscar Serret, CEO of the company, who gave the usual brief overview of the evolution and current situation of the company’s different locations.

He was followed by Manel Juncosa, Director of Between Labs, and Cristina Pellicer, Talent Manager, who provided the most relevant data and information on their respective departments.

The first part of the event ended with an moving tribute to the more senior Betweeners, celebrating various company members’ 5, 10, 15 and 20 years with the company (taking into account their years of service at either of the two companies – Solid and Adiciona – that merged together giving rise to Between).

Out went the chairs and… it was party time!

Thanks to the HR Department’s brilliant organisation, what had been a conference room to discuss the company’s latest developments was swiftly transformed into a space for fun and enjoyment.

As is customary at the Between Nights, the first fun activity of the evening was the possibility of winning a trip. This year the usual draw was replaced by a competition consisting of the popular “musical chairs” game; the winner got a weekend trip to Berlin for two people.

With the first songs, snacks and drinks, the place quickly took on a party atmosphere where both Betweeners and suppliers and consultants celebrated its achievements and drank a toast to future projects which, no matter how different they may be, will always have in common the company’s main asset – human talent.