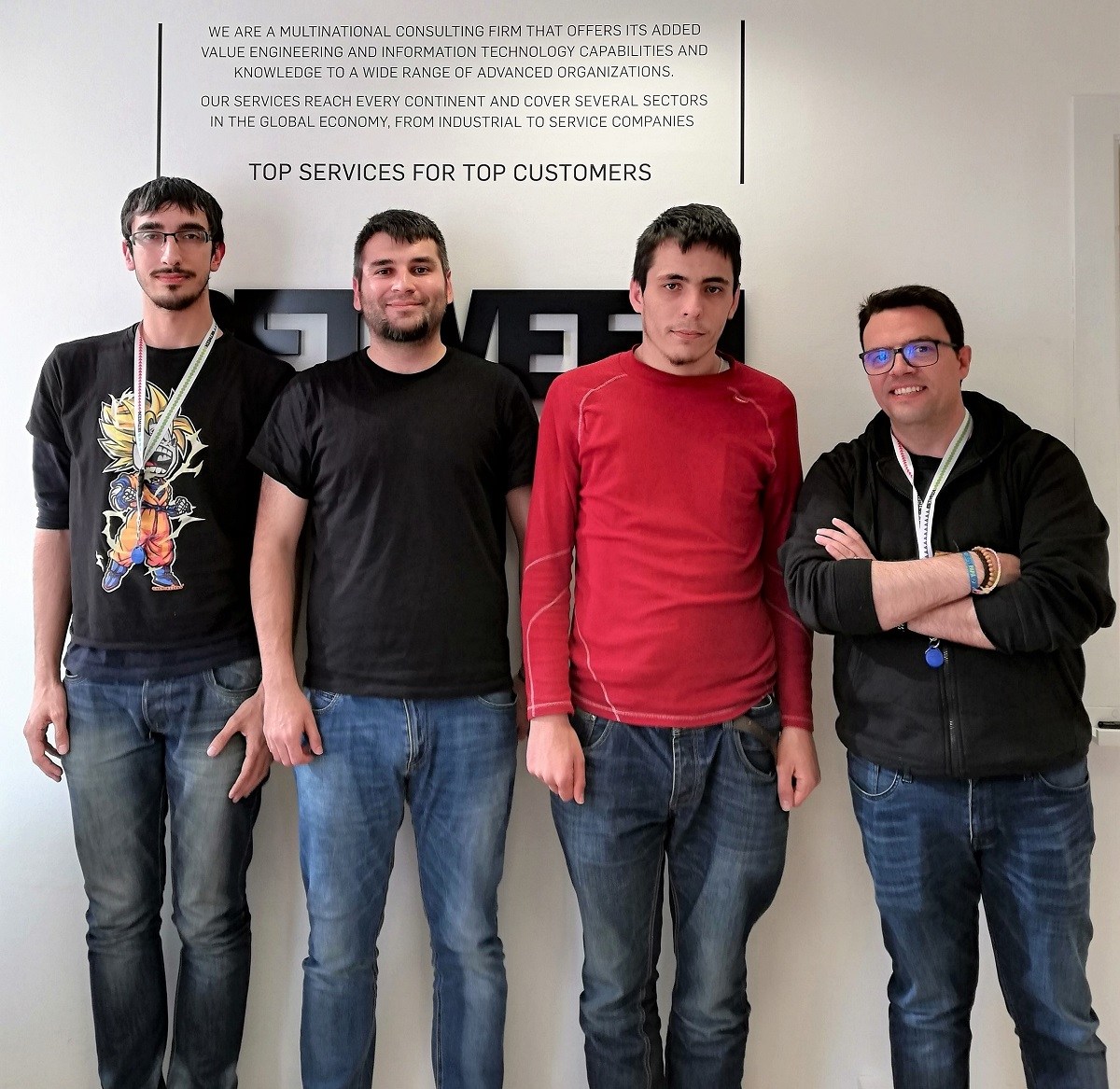 Ricardo Alonso, Project Development Manager at BETWEEN, upon learning of the existence of the Digital Academy for young people with disabilities as part of the ONCE Foundation (Datahack), decided to attend an open day, finding himself surprised by the potential and motivation of the students.

Through different study plans such as programming, design, digital marketing and new applied technologies, Datahack aims to increase the employability of young people with some type of disability.

“With a lot of motivation, they showed us the projects they were involved in, infecting us with their positive energy. From there, questions arose as to our ability to help them and welcome them at BETWEEN”, says Ricardo.

After a selection process in which the ONCE Foundation also helped out, eight candidates were selected, two of whom stayed to complete their internships with us. They are David and Adrià.

First experience as a BETWEENER

“At first I was a little nervous, because you’re never prepared enough for an interview, but it went pretty well. There was a great atmosphere, I felt very comfortable and I could really express myself for who I am, which helped me to stand out. For me, being selected meant finally being able to continue growing as professional in a company”, says Adrià, one of our interns.

Both trainees believe that being in a company can provide them with a much more enriching outlook, where they can learn from common failures and the successes of other professionals with more experience.

“Coming here gives you a much stronger foundation. You feel like you’re really on track when it comes to programming, learning a lot more about this world in depth,” David tells us, another of our new interns. “My expectations were exceeded, I’ve learned so many things and my horizons have expanded. At times, I had come to believe that the programming world was very limited, but since I’ve been at BETWEEN, I’ve realised that the programming area is much broader than I had thought.” 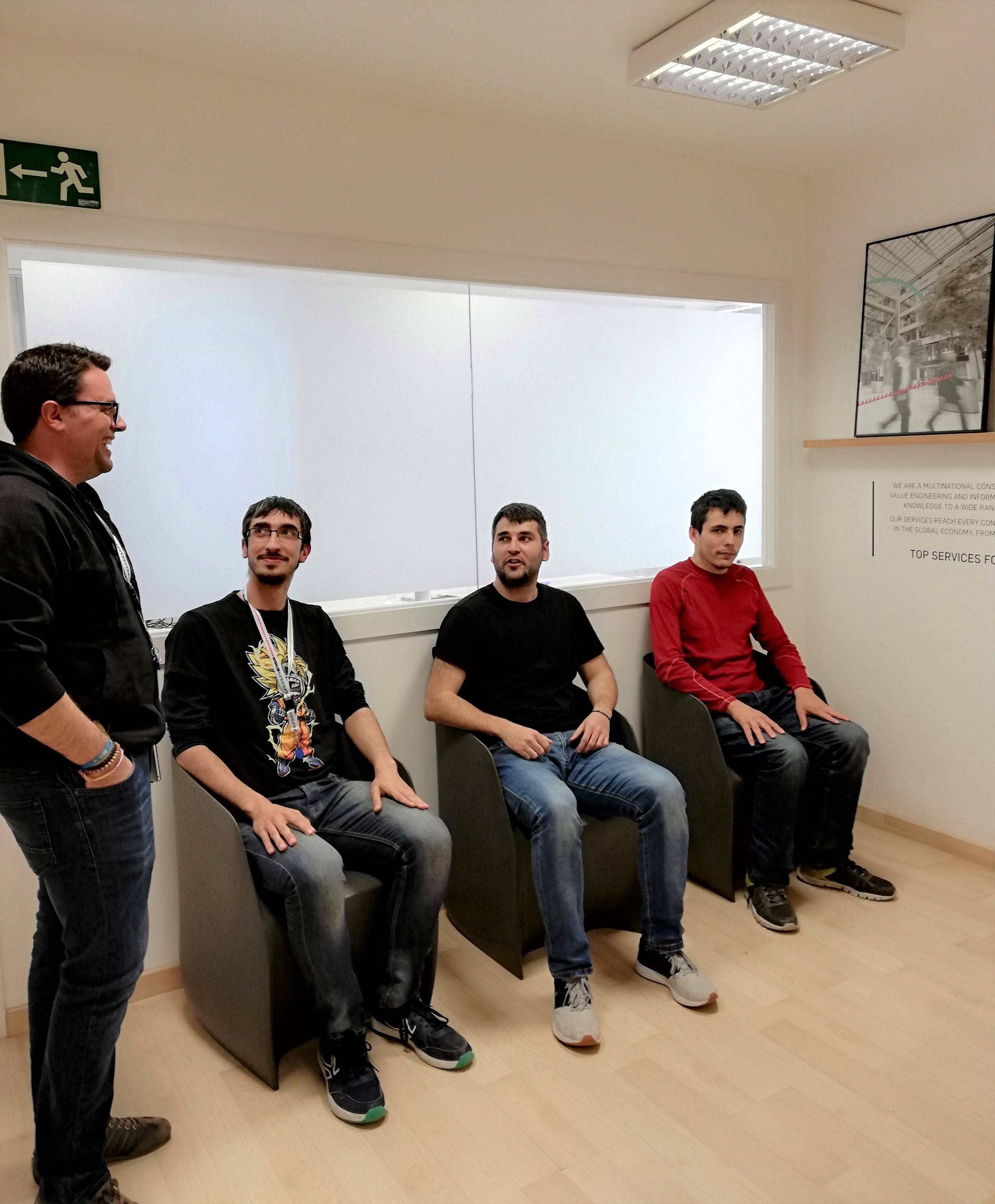 Miguel Cardona, PHP Developer at BETWEEN, has had the privilege of being a mentor to David and Adrià.

“This is turning out to be a great experience. I was the one who told Ricardo that I wanted to take on this responsibility, since I come from the education world. I have been a programming teacher and the truth is that it’s something I really enjoy doing. They are learning a lot and are doing very well, I am very proud of their work. I would highlight their intrigue, ambition and commitment to a job well done.”

This is a process in which both parties learn together, since programming is so incredibly vast and infinite, it’s a constant flow of information. “I’ve learned to digest information in order to be able to transmit it and not overwhelm them,” says Miguel.

“The truth is that Miguel has been very patient, especially given the fact that we had so many questions at the beginning. He has helped us to answer all of them, explaining them a thousand times if necessary,” Adrià comments.

A commitment to inclusion is a win-win

A project like this is always successful when both parties get something positive out of it. “Above all, I value being able to overcome a new challenge every day. I was surprised by how much accompaniment I needed at the beginning, and the fact that now I’m much more relaxed and confident. The atmosphere is also remarkable, because here everyone is free to express themselves,” David shares.

For Ricardo and Miguel, this has been more than just a diversity project, it has been an initiative to start doing away with the barriers and fears that still exist in other companies and departments when hiring staff with any kind of difficulty.

“Fear is normal, when you hear the word disability, the most common thought is fear and the uncertainty of not knowing how to coexist in a work environment. It’s normal to be afraid, but you have to be brave to show that you are capable and that you know how to do your job so well that you can prove it to anyone.”

As Ricardo and Miguel have said, it’s all about committing to diversity, which not only enriches us as people, but you also learn that people like David and Adrià can push ahead with projects just like any of us. We need to give them opportunities and break with this ignorance.