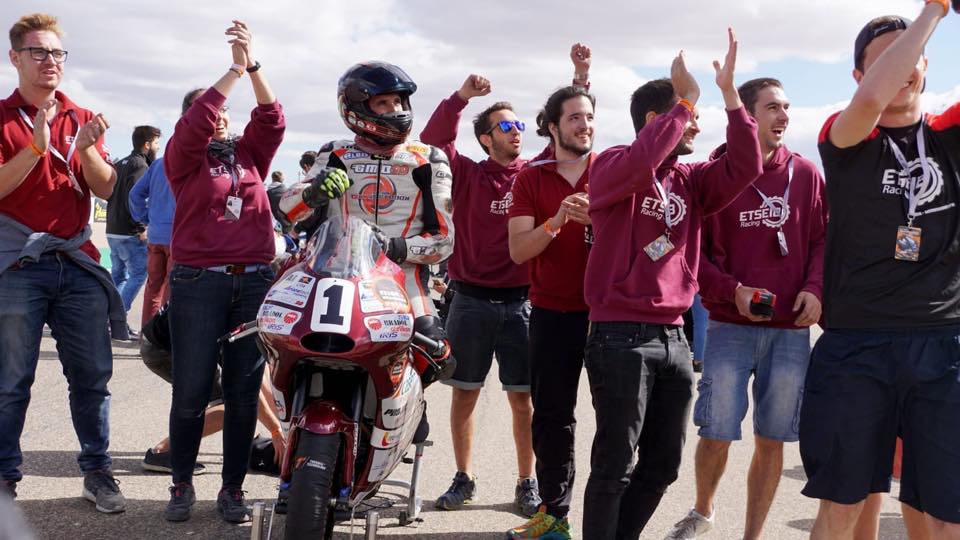 The ETSEIB Racing team of the UPC, after two years of work to create the ER18, has ended the season with a fifth place in the 2018 MotoStudent championship in the MotoStudent Petrol category. The race took place at the Motorland circuit in Aragon, where the team finished third. And not only that – among the 45 teams that participated in the Petrol category this year, ETSEIB Racing managed to be the second best Industrial Project, and only five points separated them from being fourth overall. Overall, very good results that mark the end of a two-year project summarized in this video. ETSEIB Racing has marked the end of the season finishing in fifth place at the MotoStudent 2018 and the following video summarizes these last two years.