Game of Diversity wipes out inequality at BETWEEN 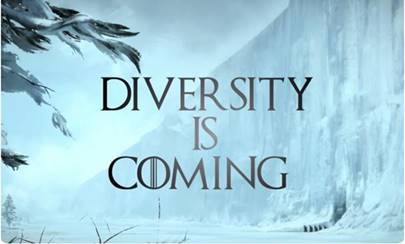 Diversity is Coming and we’re ready at BETWEEN!

A few months have passed since BETWEEN’s first Equality and Diversity Plan came into force, effective for the next 4 years. One of the actions included has been transversal training on the issue of Equality, to shine light on prejudice in the workplace. This issue is often unconscious and  harboured within organisations, related to people’s gender, age, ethnic origin, nationality or sexual orientation.

Therefore, we provided everyone at BETWEEN access to the Game of Diversity training platform. They have been able to compete in an adventure game set in the world of the famous Game of Thrones television show. Through this pataform, they have learned how to recognise the 25 most common biases in work environments, while also encouraging the exchange of different views on the various topics covered.

Thanks to this initiative, we have been able to identify, work on and improve the most sensitive aspects related to diversity and equality.  The diagnosis we’ve generated will help us to organise and direct the company’s following initiatives. 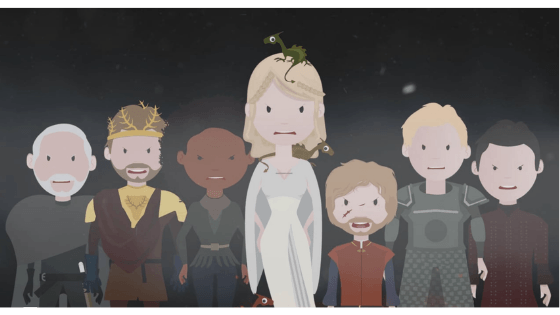 Gender biases are dark and full of terrors – Daenerys Targaryen

In order to go further into the Game of Diversity experience, we wanted to know how the protagonists felt, and who better than Daenerys Targaryen, Queen of the 7 Kingdoms, to tell us how the participation of the betweeners has affected her fight against discriminatory biases.

B&Y: In Westeros there is an unsustainable situation regarding discriminatory biases. Could you tell us more about this conflict?

Daenerys Targaryen: As Daenerys Stormborn of the House Targaryen, First of Her Name, Queen of Meereen, Queen of the Andals and of the First Men, Lady Regnant of the Seven Kingdoms, Khaleesi of the Great Grass Sea, Mhysa, Breaker of Chains, the Unburnt, Mother of Dragons, one of my primary concerns is achieving full Equality in my Kingdom. Despite all the efforts I have made, the White Dominators are still present, spreading and promoting discriminatory biases across the different cities. We have come to an unsustainable situation.

B&Y: And that’s where you asked for help from the BETWEENER Kingdom?

DT: Exactly. I learned of their plan of action in Equality and Diversity and I knew that they would be a very powerful ally in the fight happening in Westeros. Their response was immediate. I will be eternally grateful.

DT: The help has been crucial. I would like to personally congratulate all the people who have participated, I know that their commitment will be inspiring for the rest of the betweeners. And I’d like to take this opportunity to encourage the rest to join our fight, because it is their fight as well. Gender biases are dark and full of terrors.