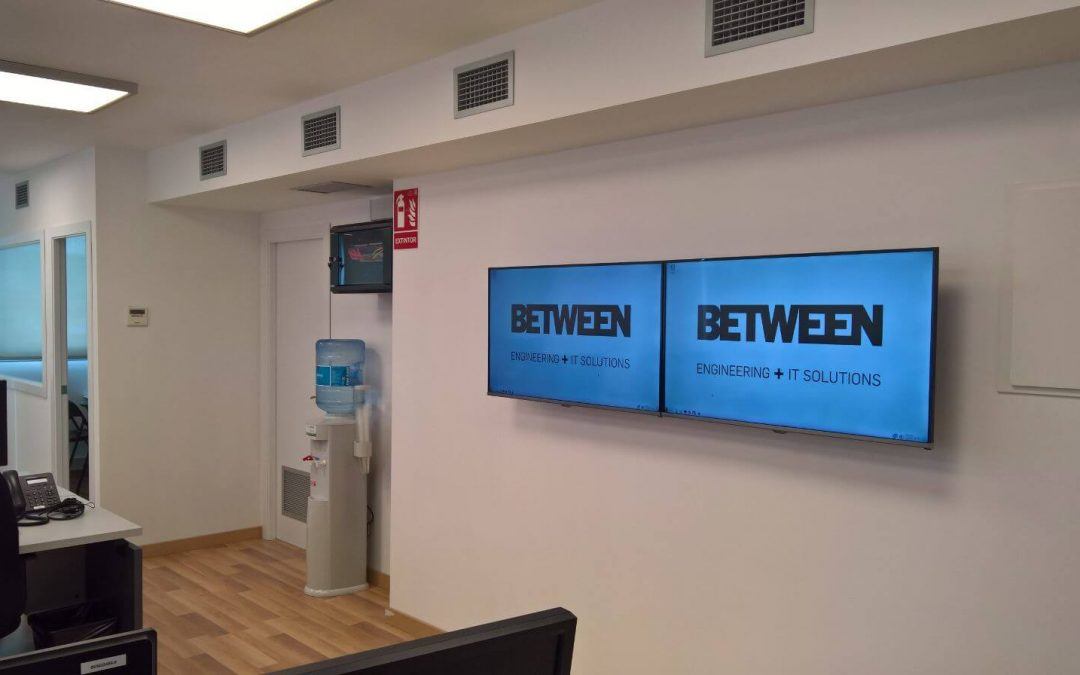 Last Friday, July 22nd, Between Corp -the new Between Technology’s IT office in Barcelona- was inaugurated. This new expansion will embrace the Systems, IT Solutions and Development teams.
Between Corp, which is also based in Avenida Meridiana, adds on to the other two locations in Barcelona, Between Office and Between Lab.
The idea of dedicating a unique space to all the IT team members -which is currently formed by 10 people in company- responds to the fast growth of Between in this business line, after the recent announcement of the increase of its IT services in order to give an added value to its customers.
The company expects a greater increase in personnel throughout the coming months thanks to the startup  of several new projects aimed at satisfying the demand of services and solutions for IT and Communication departments of Between Technology’s clients.