Manel Juncosa, the Engineering LAB’s Director, explains at Ràdio4 how we help the ETSEIB Racing team

Manel Juncosa, BETWEEN Engineering LAB’s Director, has explained at Ràdio4 the way in which we help UPC’s ETSEIB Racing. student team. At Ràdio Nacional de Cataluña’s “Més que esport” programme, Manel has been accompanied by two of the team members: Àngels Montaña, Team Leader, and Pau Fisco, member of the Engine department. They have both explained how they are facing he 5th edition of the MotoStudent International Competition which will be held during the first weekend in October in Aragon’s Motorland circuit.

“We wanted to get involved by contributing with knowledge and leaving the leading role to the students”, Manel Juncosa

Manel Juncosa has claimed that, besides the economic contribution, BETWEEN wants to play a part in the social environment and “we have involved by contributing with knowledge, such as basic design guides and tutorials, and by leaving the leading role to the students”. To Manel, the ETSEIB Racing team “has already achieved success by creating a motorbike for the competition, independently of the final result”. 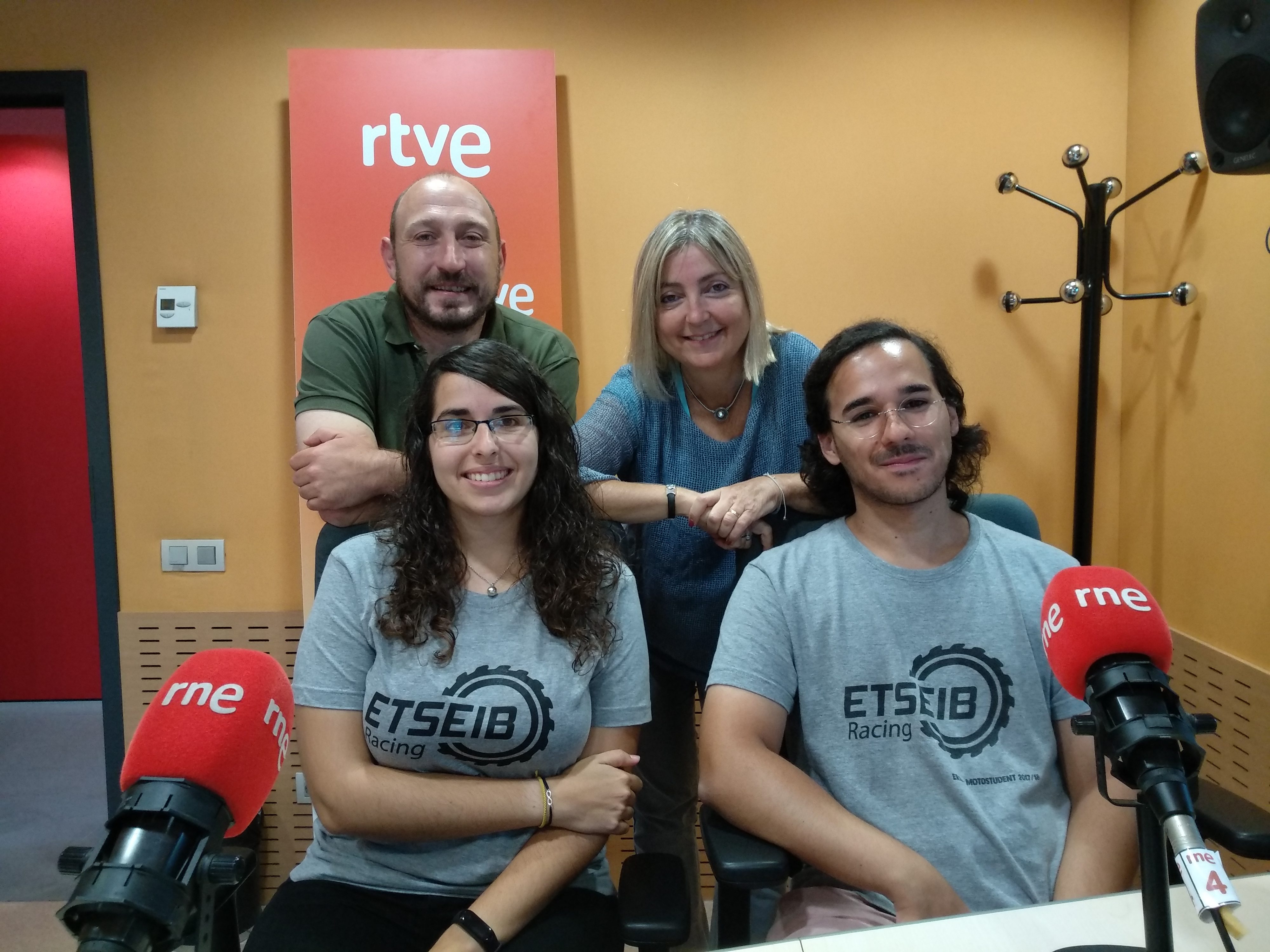