Pablo Pineda: “companies must innovate, and there is no better way to do it than betting on the talent that is hidden by outward appearances” 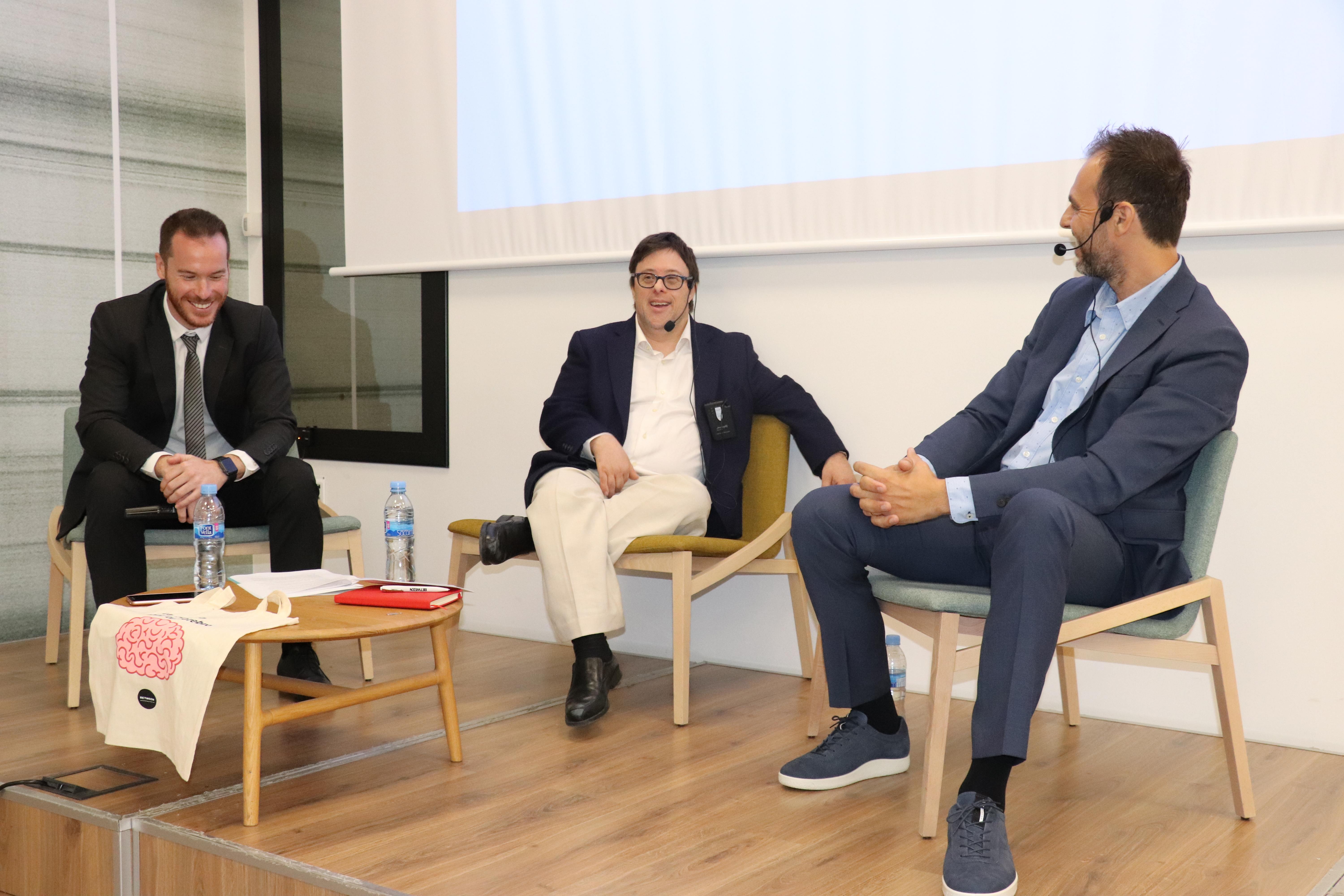 At BETWEEN we work every day for diversity. That’s why we have carried out together with Fundación Adecco a dialogue day with Pablo Pineda, the first European university student with Down’s syndrome. The conversation took place in Barcelona’s Canòdrom co-working space, and about 80 people attended the event. Pau Guarro i Oliver, BETWEEN’s Managing Director, and César Fandiño, project consultant at Fundación Addecco, enlivened the meetup. 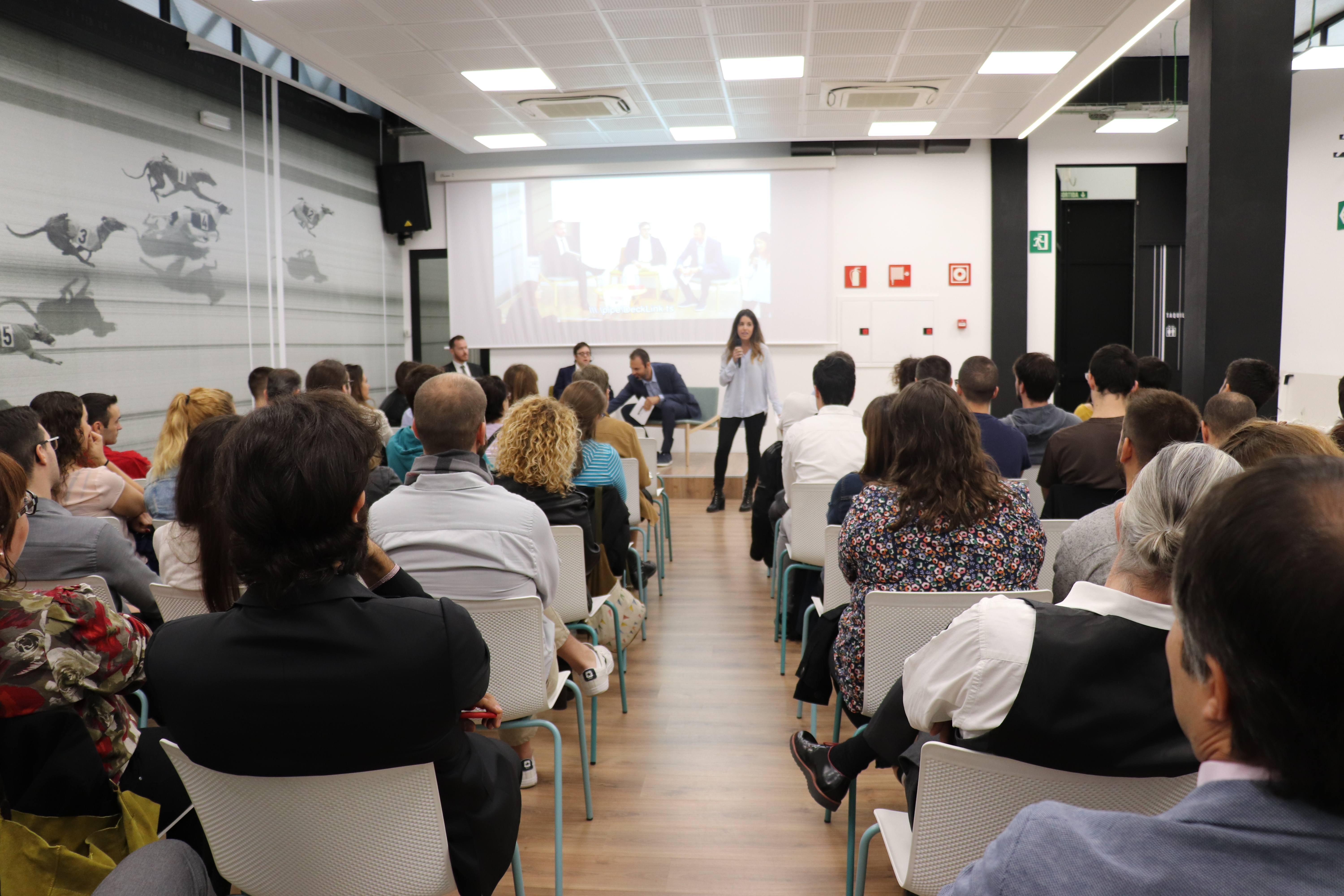 During this dialogue day, which lasted about an hour, several subjects were touched upon, starting by a summary of Pablo Pineda’s life, and moving to issues such as diversity in society, and more specifically, in companies. Regarding this last point related to the inclusion of people with different capacities, Pablo has ensured that “companies must get out of their comfort zone and innovate, and there is no better way of doing it than by betting on talent, that talent that is hidden by outward appearances”. To Pablo, it is indispensable that the shield of appearances and prejudices disappears and that entities focus on what people know. In short, they need to avoid the “they can’t” excuse, since Pablo explains that society continuously sends people with some kind of disability the message “he/she won’t be able to do it”, something which is limiting, since it originates from previous ideas and prejudices.

In this sense, Pablo has also said that “companies need to live in inclusion, they need to believe it so that inclusion becomes a reality”. This idea is based on a mentality change “so that in the future there are no quotas or laws that oblige companies to hire people with disabilities, but companies themselves demand this kind of profiles”, claims Pablo.

Pablo Pineda: “Down’s syndrome is not a burden weighing upon you” 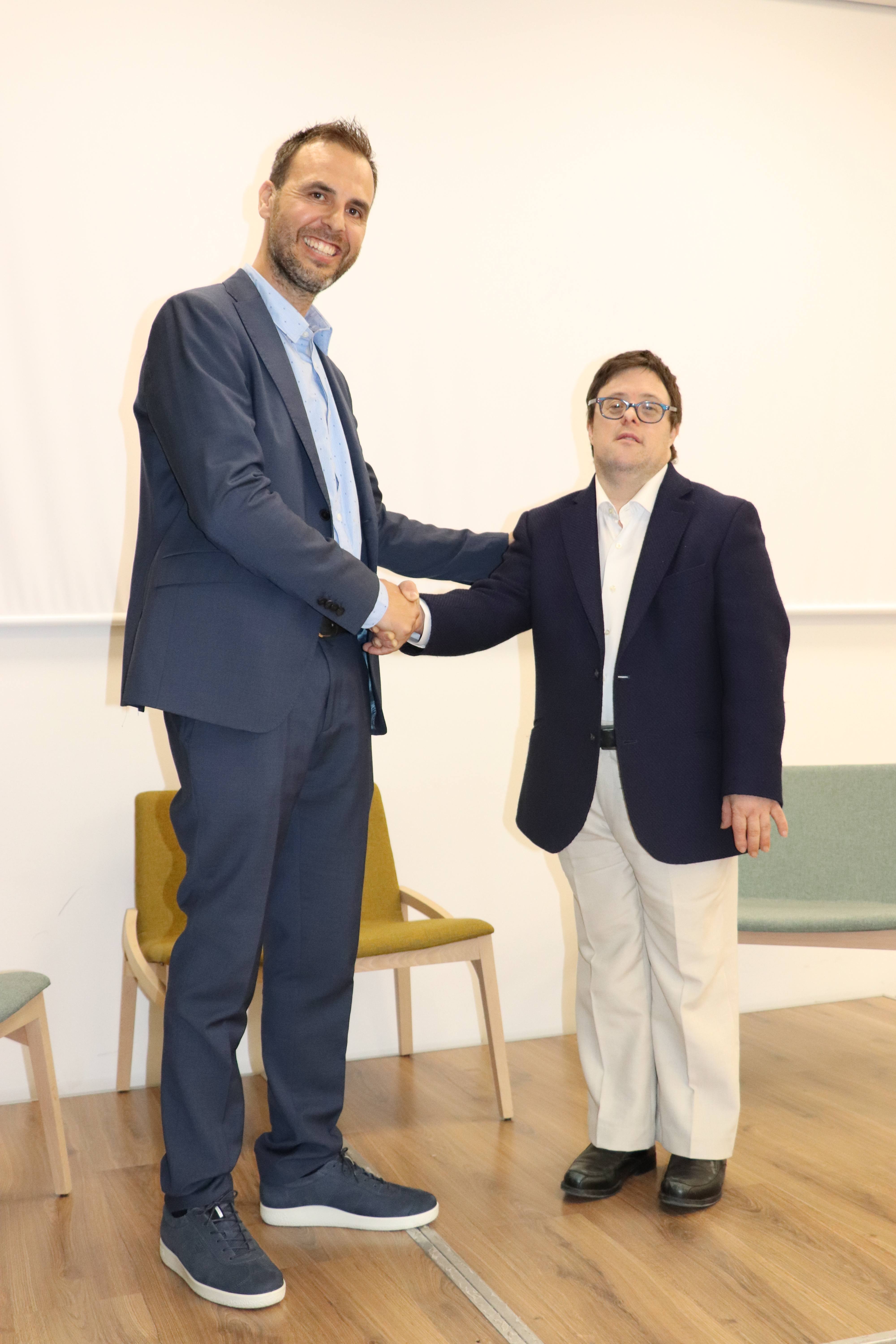 Pau Guarro, General Director of BETWEEN, and Pablo Pineda during the day.

This conversation has revolved around Pablo Pineda’s figure, who has said about people with Down’s syndrome: “the Spanish society expected us to be dependent on our parents, always staying at home with quite a basic educational level. In short, unhappy or miserable people. But I have been super happy, and I broke the mould. Down’s syndrome is not a burden weighing upon you. I

When talking about his childhood, Pablo tells us that he was conscious that he had Down’s syndrome when he was 11 years old, but that his life didn’t change because of that. “I found out in a natural way, it was a teacher who told me I had Down’s syndrome. Then I asked him if I was dumb. He told me I wasn’t, and that I could keep on studying as I had been doing until then. Having Down’s syndrome has never weighed on me”. Precisely, Pablo is very clear when it comes to claiming that Down’s syndrome doesn’t define him, it doesn’t condition him. “It’s just a trait, in the same way that somebody’s eyes can be blue. If one thinks it is something bad, then this person is already choosing the wrong path. On the contrary, if you think you have it, you can do whatever you want to”.

Pablo is the only university student with Down’s syndrome in Europe. “I enrolled in Education in 1995. I landed in an elite institution where they had never seen anyone with Down’s syndrome. That’s the moment when you need to let people around you know what you are worth”. While taking the Education degree “I learned what empathy is, and how to live it”. Even so, Pablo hasn’t been able to work as a children teacher, but he says that “now, with my current job as Fundación Addecco’s diversity consultant, I teach adults”. He is very clear about his mission and he claims with laughter that: “I’m a word surgeon. I take the surgical knife, I open brains, I take prejudices out of them, and I introduce new ideas”.