Solid Engineering collaborates with the TV3 Marató for another year 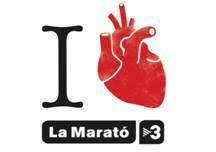 Solid Engineering joins forces with the TV3 Marató (marathon organized by Catalan Public TV), whose focus this year is on heart diseases. The total contribution of the company consists of adding up the amount donated by the employees and a donation equal to that amount from the company, who has committed to matching the total amount donated by staff, achieving  in this way a donation that doubles the initial amount.

This is the second consecutive year in which Solid Engineering participates in the TV3 Marató. This initiative, that was started last year by the Human Resources Department, has had a very good response from the employees.

Solid Engineering is committed to many other social causes and takes part in events like, for example, the sponsorship of teams for the Trailwalker of Oxfam Intermon.

The Marató, a solidary project promoted by Televisió de Catalunya and the TV3’s Foundation La Marató, has been held on an annual basis since 1992.