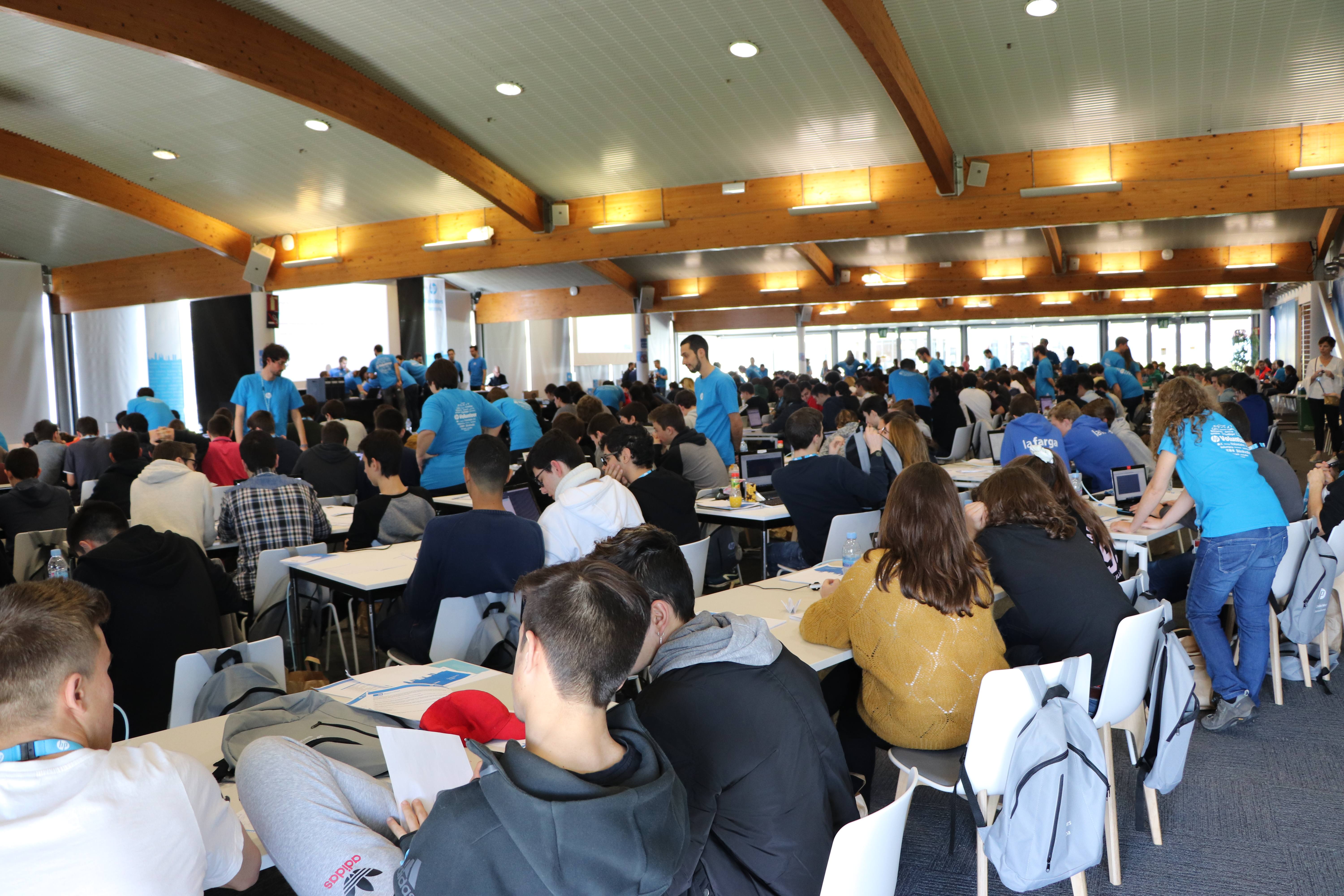 On the first Saturday in March more than 300 students from schools all over Catalonia took part in the fourth edition of the already traditional HP CodeWars contest in Europe, organised by the HP group at their international site located in Sant Cugat del Vallès, and sponsored again by BETWEEN Technology.

The aim of this programme is to awaken the interest in science, innovation and technology by potentiating these disciplines from an early age in order to promote scientific and technical vocations among youngsters, including girls. At BETWEEN we are very aware of this, that’s why we decided to join this initiative for the second consecutive year.

The HP CodeWars competition was celebrated for the first time in Houston 20 years ago and is a benchmark among the US teaching environments. Likewise, Barcelona is one of the host cities in this project’s European edition, together with other Spanish cities such as León or Madrid.

On this occasion, BETWEEN has provided the second prize, an HP laptop for each of the three members making up the team, so that they keep on training and programming. And, who knows, maybe one day they will become part of our company. For the moment, the only thing left is to congratulate again Alex Seguí, Marta Prat and Edgar Moreno from Jaume Vicens Vives high school in Girona, and to encourage them to keep on fighting for becoming great programmers.

We know you’re dying to know how the day went, so we have prepared this video summary especially for you.