BETWEEN sponsors the 2017 HP Codewars 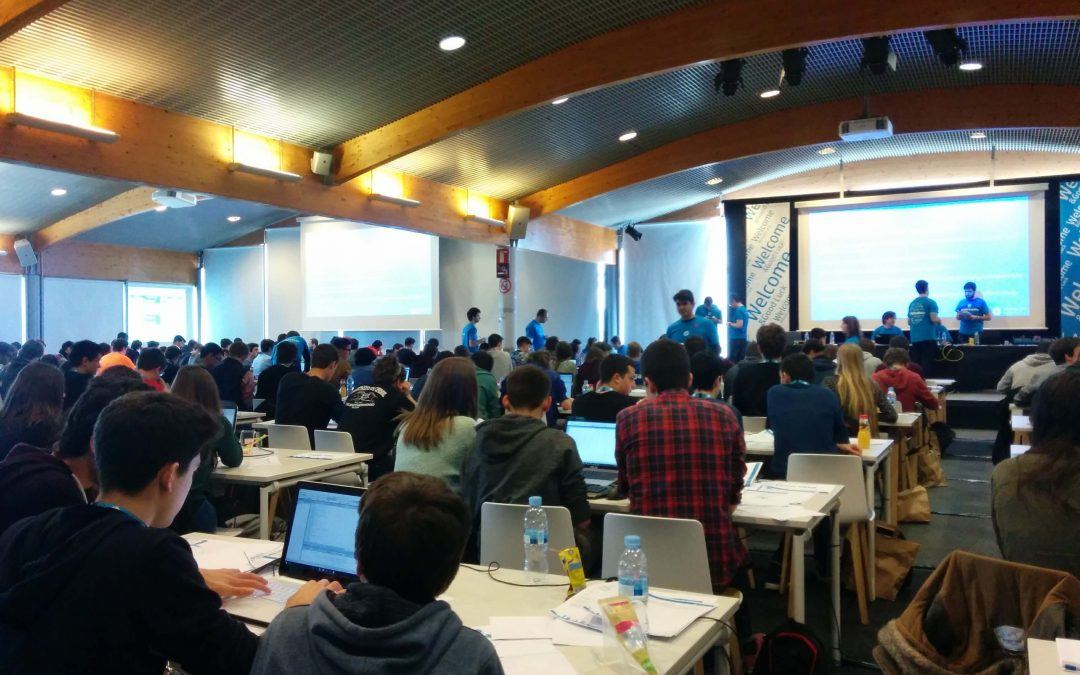 BETWEEN sponsored the 3th edition of the HP Codewars, the yearly programming event held by Hewlett Packard (HP) aiming at fostering the interest in courses related to science, technology, engineering and mathematics (STEM) among youngsters. The competition was held in Sant Cugat del Vallès, at the HP International Centre in Barcelona.

The participants, boys and girls in their last years of Secondary Education, Professional Training courses and baccalaureate formed groups made up by two or three members in order to solve by means of programming, the different problems set out during three hours.

In total, 324 students from 51 Catalan schools took part in the event, which was fully held in English in order to raise awareness on this language significant role in technical qualifications. The students who enjoyed competition as a leisure day felt motivated throughout the event and squeezed up to the last minute to find the most suitable solution to the problems. The room was full of brilliant thinking heads!

All the efforts from these 14 to 18-year old boys and girls resulted in three winning teams. The third prize was for the High School Lacetània de Manresa; the second prize, -sponsored by BETWEEN- was for the Jaume Vicens Vives High School in Girona and the first prize went to the Aula Escola Europea, whose participants (including their teacher) will have the chance to travel to Houston for the following edition of this competition to be held in that American city.

During this day, in the speeches by Jordi Miró, Director General for Assistance to Family and Education Community and Jordi Puigneró, Secretary for Telecommunications, Cybersecurity and Digital Society, both of them at the Regional Government of Catalonia, they both highlighted the significance of fostering technical and scientific knowledge among the youngest and they gave their support to the competition sponsored by HP.

The HP Codewars was also held for fun. The lunch, which took place outdoors, was livened up with live music by Radio Flaixbac. Later on, and before awarding the prizes, several rounds of questions were launched concerning HP, as a sort of game, in order to hand some presents over the attendees.

A made in USA competition which makes its way.

Within few hours of difference from the HP Codewars 2017 event in Sant Cugat del Vallès, the homonymous competition took place at the HP headquarters in Houston (USA), where the first edition was held 20 years ago. In Barcelona, it was held for the first time in 2014.

HP is highly aware of the significance of fostering science and technology among youngsters. The current syllabuses are not specifically oriented to technical profiles, despite everything points that, for the years to come, the demand of this type of professionals will be clearly upwards.

Therefore, the event intends to make its way through other cities. In 2017, some pilot tests have been carried out in Madrid and Leon, the objective being to enlarge the competition to a national level.