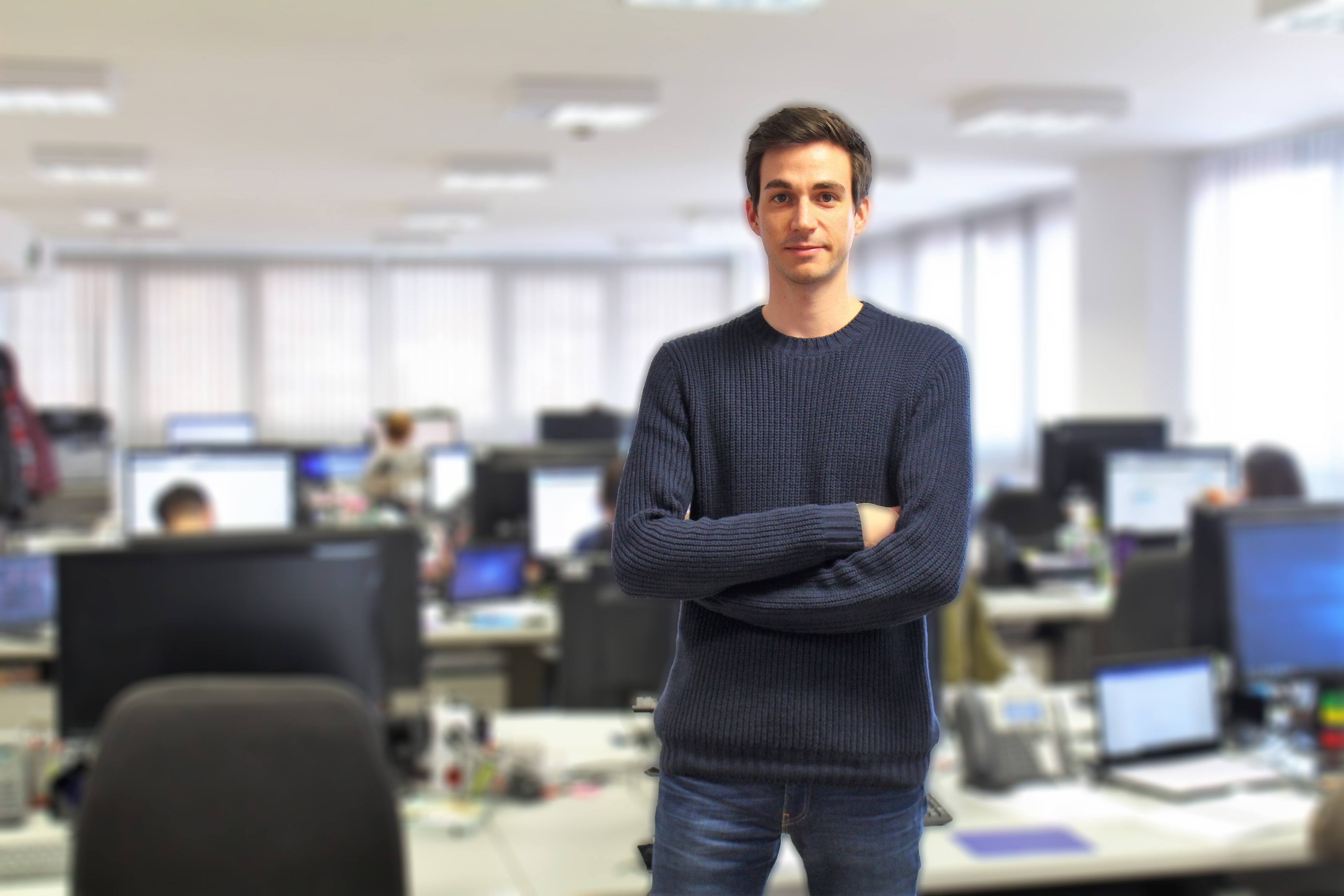 Aniol Sant signs up for BETWEEN in May 2014 as a recruitment specialist for engineering profiles at a moment when the company was going through a very intense growth rhythm, doubling the number of employees in just one year. Aniol is part of a team made up of three people: two recruitment specialists, plus the area manager.

Aniol spends a year carrying out recruiting tasks until the area manager takes a maternity leave, moment in which he starts to take responsibility over other areas within the Human Resources world such as training, welcoming new employees, internal and external events, or the management of the recruiting team, by assigning the selection processes being requested by clients. Aniol performs these tasks for 9 months, and he starts to build up a recruitment team that keeps on growing while the business volume increases.

In October 2015 he takes on his new role as Engineering recruitment head with a team of 4 people. In addition, the following month he takes responsibility for the IT recruitment department as well, increasing his team with three more people (7 in total). This is how Aniol becomes responsible for the two recruitment areas (Engineering and IT) in Barcelona and, in December 2017 he also assumes this role for Bilbao’s site (at that moment, BETWEEN’s office in the north of Spain was officially open for business). In just three months he ends up being responsible for a team made up of eight people focused in recruiting and puts aside other tasks he had been handling while covering the maternity leave.

From December 2015 and until November 2017, he works as Barcelona and Bilbao’s recruitment responsible. By that time BETWEEN picks up on the need to unify the working criteria and methodologies in the different sites in the territory within the recruitment area. To that effect, the Talent Acquisition Manager position is created in December 2017 so that, from a more strategic point of view, the management of the technological talent recruitment area is carefully watched over. Aniol decides to apply for the position, since he has previously taken care of these tasks and he would like to change some of the recruitment policies to achieve a greater collaboration among departments. He submits a proposal with the goals and improvements he would accomplish as Talent Acquisition Manager.

After the evaluation of all candidates, he is told that he is going to be appointed as the new Talent Acquisition Manager and will be in charge of leading this project. “For me it is a real challenge. Improving a working methodology that is already working well, as figures show, but that has an improvement margin in versatility, cooperation, efficiency and process areas among others…that’s where my professional challenge starts”, says Aniol. About the internal promotion policy, Aniol assures that “it is a good policy, not only for me. I’ve seen other cases within my area of profiles who have been working at BETWEEN for some time and that have been taking on new responsibilities”.