BETWEEN participates in WORKinn 2017 in Bilbao 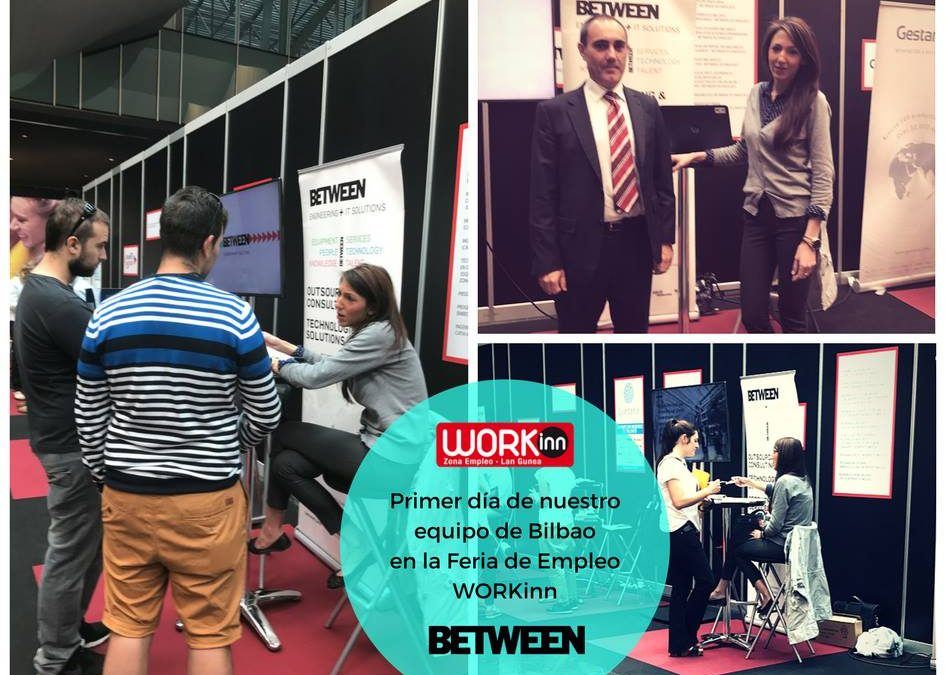 BETWEEN Technology participated in WORKinn 2017 in Bilbao from 7-8 June.  Working is an event that was started last year as  “the first industrial job fair in Spain” and that in 2017 was held together with the Industry Fest.

Xabier Basañez, Director of the Bilbao Exhibition Center (BEC), which was where the event took place, proudly  said that “the industry has grown big” when he introduced the combination of Ferroforma and the industrial events Subcontratación, Addit3D, Pumps & Valves, Maintenance and Fitmaq, who joined the Industry Fest, plus those that participated under the events Workinn and Polveri & Ecocoating.

The main focus of all these industrial events centered around the principles of what is called Industria 4.0, a concept that makes reference to a new way of organising production measures and is also known as the Fourth Industrial Revolution or Cyberindustry.

BETWEEN’s participation in this event focused, as always, on contact with young engineers.  Our company had an important role together with exhibitors like GESTAMP, DANOBAT, MATRICI or BATZ.

As a company whose headquarters are in Bilbao, we had a significant number of visits from new talents interested in our company, as well as in our philosophy and job openings. It was a good opportunity to establish first contact with the future generation of engineers from the Northern part of the country.

Majority of the participants were students who had either recently finished their studies, or were still finishing them, which is a common profile in job events, who appeared very interested in getting to know the employment realities in the sector that they were going to be joining.

As always, different merchandising articles were distributed to all the young people who came to see us to start getting a feel of the Betweener spirit from our perspective.

The WORKinn event brought together companies as well as universities, vocational schools, manufacturers and consumers in order to update them on the novelties in the sector, as well as encourage employment for the participants in the short or medium term.  Our company’s participation in this type of events assures us not only contact with future generations of engineer but also the business realities of the sector.