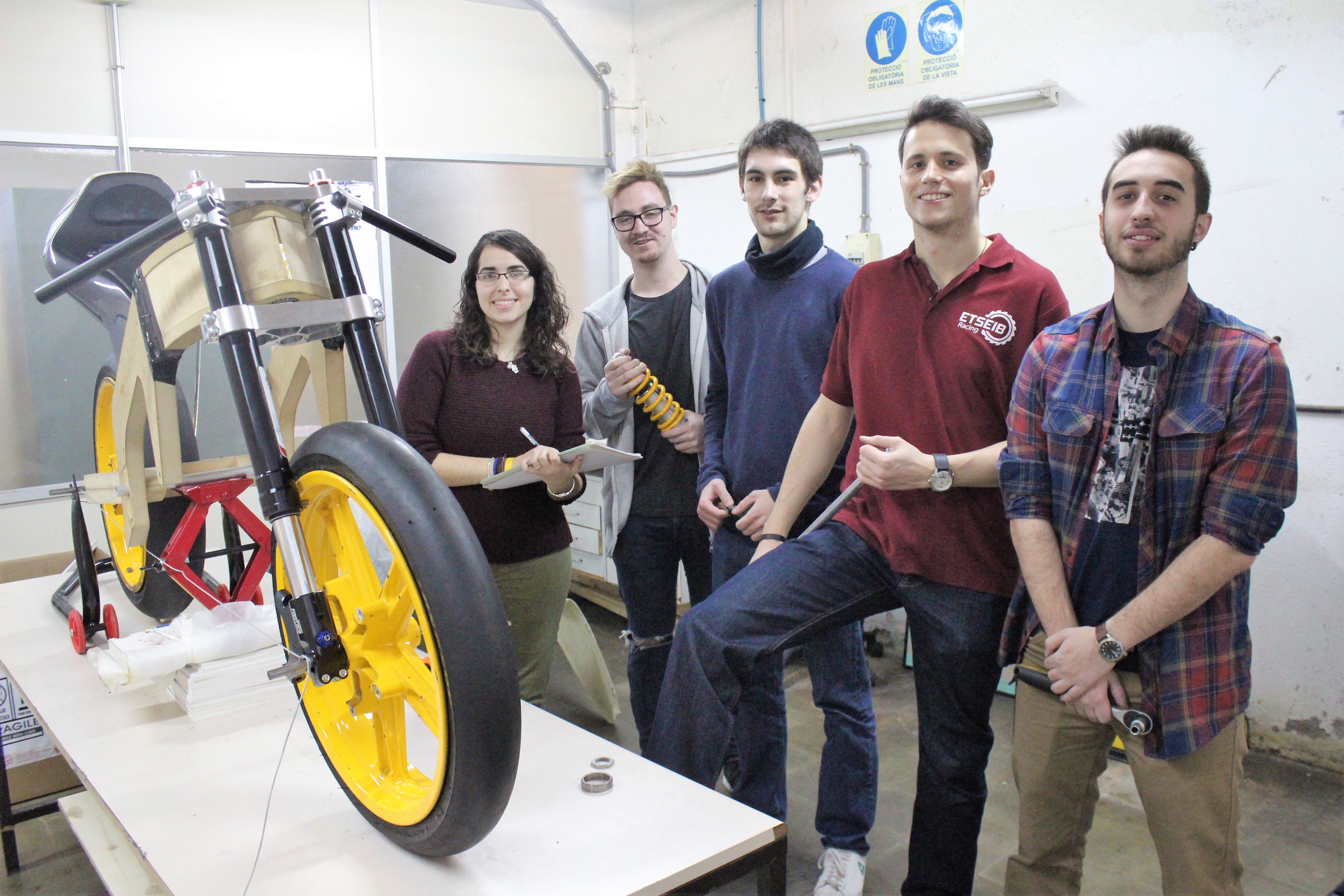 BETWEEN has dropped by the UPC (Univeristat Politècnica de Catalunya) to follow closely the progress made by the ETSEIB Racing team. These youngsters keep on getting warmed up and working hard for the 5th edition of the MotoStudent International Competition. It’s a challenge in which 40 teams from different universities from all over the world confront each other in the design, development and construction of a competition motorbike prototype. BETWEEN couldn’t miss out on this new challenge after three years in close collaboration with the ETSEIB Racing team, during which it has been advising the team on the simulation and calculation of the motorbike’s chassis.

On this occasion we have dropped by the UPC facilities where the team has been working for months on the new ER18, and where they are currently running tests on a second engine to improve the motorbike’s performance. Of course, always keeping an eye on the final race, which will be taking place in Motorland Aragon Circuit in early October. In addition, all the work carried out during all these months is evaluated by a committee and a jury made up of professionals specialised in different industrial sector areas. The guys tell us that the project is going “as expected” and that as students, they perfectly know what their aim is:

“Our first aim is a technical one. As engineers, what we want is to create a motorbike that is well thought out in all senses, not just regarding the engine, but also thinking of improving the engine electronics in comparison to other editions. In addition, we also want to make a more and more elaborate and innovative industrial project that ultimately approaches as close as possible to reality”, says Pau Garriga, the Industrial Project’s responsible.

The ETSEIB Racing team participates in the MotoStudent Petrol category, in which the last season they were proclaimed winners in the competition at an individual test level, winning the first position in the Best Industrial Project category, and the second one in the race. For this new edition, as Àngels Montaña, the Team Leader, points out, their goal is to “win the race and beat for once and for all the Italians”.

The countdown until the celebration of the final event in Motorland Aragon International FIM Circuit in early October has begun. From BETWEEN we will be supporting you in this final sprint to help you as much as we can. PUT THE PEDAL TO THE METAL, team!